Will There Be a Wage Increase for Residential Aged Care Workers?

Once again, politicians and the media are talking about a wage increase for residential care workers. But will it actually happen?

The federal election has been announced for 21 May 2022 and polling day is fast approaching. Aged care, particularly the debate about a wage increase for residential aged care workers, has been caught in the campaign spotlight.

What do the major parties propose with regard to an aged care wage increase, and how does this relate to the case that is soon to be heard by the Fair Work Commission? Today, we explain.

The Health Care Services Union and the Australian and Midwifery Federation have brought a case before the Fair Work Commission (FWC) to seek to vary several Awards to increase pay for aged care workers by 25 per cent.

The Union and Federation are arguing that pay rates in aged care don’t meet the Fair Work Act’s requirements of a fair minimum wage, with an hourly rate of just $22 being reported for personal care workers. Industry stakeholders have also suggested that a wage rise is needed to attract and retain skilled workers in the industry.

If the case succeeds, a 25 per cent wage increase would apply to:

If the case succeeds, the FWC would allow the industrial tribunal to raise wages across the sector. This would mean different things for different workers depending on their level under the applicable Award. Generally, it could see the minimum wage in aged care rise by at least $5.00 an hour.

The FWC began accepting written evidence in the matter on 26 April 2022 and the matter is listed for oral hearing on 6 and 7 July 2022.

Health Minister Greg Hunt and Aged Care Services Minister Richard Colbeck have said that the Liberal Party “will respect the Fair Work Commission in consideration of a wage rise”. However, the Liberal Party has not explained in detail how it would fund such an increase.

The Labor Party has made several commitments to the aged care sector in the election campaign, including to support the FWC’s decision on a workforce wage increase. Opposition leader Anthony Albanese has said that the Fair Work Commission’s decision must be “binding” and that a Labor Government will fund the outcome of the case.

Labor Party aged care spokesperson Clare O’Neil said that the pay increase would be “funded through the budget, and we’re not planning to make cuts to anything that’s important to Australians” after the Coalition suggested that Labor will raise taxes to achieve this commitment.

The Key Difference Between the Two Parties

Both parties have said that they will respect the FWC outcome. Neither party is talking about wage increases outside the context of the FWC case. Labor is slightly more forthcoming on the issue of funding but, roughly, the two parties’ views on the issue are the same.

However, only Labor has gone beyond a commitment to respect the FWC outcome and has publicly endorsed the Union’s case. If the case succeeds, this may make little practical difference, except that the wage increase might be implemented with more speed and enthusiasm by a Labor Government.

If the case fails, and the FWC does not approve a wage increase, the difference between the parties may become more relevant, with a Labor Government more likely to work with unions to improve wages or working conditions by other means. 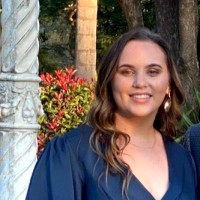 Maddison Horne works as a Legal Content Associate at CompliSpace. She recently graduated from University of Technology Sydney with a Bachelor of Law and Communications (Political and Social Science).

The Aged Care Quality and Safety Commission has introduced the Partnerships in Care Program (PiC)...

Aged care news highlights from the week ending 13 May 2022, aggregated by CompliSpace.

Aged care workers in South Australia, Western Australia and Queensland are set to strike on 10 May...